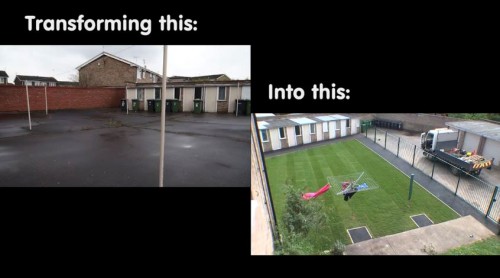 FOR each of the last four years we have been asked to make a film about the improvements to housing and residential areas made by Peterborough social housing provider Cross Keys Homes.

Filming starts in November when the areas earmarked for regeneration are filmed for the ‘before’ sequences. A handful of projects are revisited over the winter and spring to capture work in progress before all the ‘after’ scenes are filmed in early summer.

A DVD of the finished film is shown to residents and stakeholders on a special film night in June. This event has replaced a bus tour around a handful of sites that was often spoiled by the weather and couldn’t accommodate the number of people wanting to take part. The DVD provides a lasting record of the achievements.

Because the long-term filming fits in around other work, projects like this can be very cost-effective. The budget doesn’t reflect the total number of hours spent filming but we do it because we love it and the footage enhances the valuable archive. Get in touch if you have a long-term project that will benefit from our value-for-money approach to filming. Call 07768 261276.