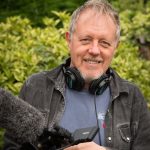 Mixed fortunes combined a winter trip to the frozen north, frustrating tender processes and behaving like a drug dealer in Market Deeping. It’s all in a year’s work for NorthLight Media’s Martyn Moore

THE recently purchased Sony FS5 4k camera was still being used as second camera as I learned what it was capable of; the video editing laptop hadn’t seen much action either, so a winter trip was called for.

I had been reading about the NC500, a 500-mile route round the very top of Scotland, for about a year. It had also featured on TV once or twice. My appetite was whetted and with the campervan in need of its next big adventure, I set off for Inverness just as the first snows of January arrived in Peterborough.

I’d given myself a week to properly learn the new camera and produce a series of short films on the road. The last of them wasn’t edited until I’d returned home but I got fairly close to a film a day. This page of the blog at campervanfilms.co.uk has all the films collected in one place: http://www.campervanfilms.co.uk/2017/01/18/north-coast-500-films/

Back in Cambridgeshire, a series of meetings with clients filled the rest of January, meetings to plan the two biggest projects of the year. One meeting led to the commissioning of two films for the Wildlife Trust. These would be shot during the spring and summer. The other film was for the Mears construction company, which wanted me to make a time-lapse film of a major building renovation.

I hadn’t done a huge amount of time-lapse work in the past, so this required some research, planning and the purchase of new kit. The kit was installed on-site and we began to create a film that would cover 18 months of building work. You can see a test film here but the finished production will not be available until summer 2018:

During the last week in January I filmed a series of video blogs for the Peterborough law firm Greenwoods in first of a series of shoots that ran all year. You can see the films here: https://www.youtube.com/user/GreenwoodsSolicitors/videos

February started with a fun evening filming a performance poet in one of the city’s coffee shops. Suzanne Tuck needed a short film to send to event organisers, showing what she does. This is what she does:

The rest of the month was a bit frustrating, and set a pattern for the year in some ways. A training company got in touch about some film production and said they were interested in working with me and my colleague Steven Booth. Steven is a photographer and graphic designer. I had two meetings with them, Steve had one. Then we never heard from them again.

This is happening more often now, as new film producers join the market and more commissioning decisions seem to be made on price. Another change is the more frequent use of the pitching process, where a client invites me and several other film producers to pitch for a project. Preparing a document is very time-consuming and risks giving away your best treatment ideas, which the client can then share with the successful applicant.

I spent far too much time in 2017 filling in forms and proposing creative ideas, only to miss out on the gig. When I’ve asked for feedback I’ve been told the job was awarded to film-makers they’d worked with before, or who presented the proposal in person over lunch, or they were £1000 cheaper. Some of those films have now been made and, having watched them, maybe the client got what he or she paid for.

These days I’ll only submit a pitch for work if I really want the job. New clients approach me every month and regulars seem to come back for more, so my preference now is to let the quality of my work speak for itself. I’m a lot more cheerful when I’m making films than I am when I’m filling in forms.

In the middle of February I went out to Thorney to film metal craftsman Bruce Macleod at Contour Autocraft. I had filmed two of Bruce’s sheet metal skills courses in November last year and it was time to interview Bruce for the words that would stitch the films together. Here are the finished films:

Some school prospectus photography and a couple of shoots for construction companies meant most of March was spent doing stills photography. I don’t put my work for schools online and the building work was for the companies’ internal use, so there’s nothing to see here. I filmed an awards ceremony at the end of March at the Peterborough Arena. Originally I was asked to supply footage only and the client would edit. Later in the year the client asked me to edit the film and as I write this at the end of December, that film is being revised.

Spring weather arrived at the start of April and I was despatched to Yorkshire to film the 2016 Arable Farmer of the Year for my lovely agri client Mzuri. Here’s Guy Shelby:

I had a weird experience in mid-April, filming a covers band at a recording studio. The initial plan was to shoot four or five songs but the lead singer insisted they do 11. Before the end of the week he wanted to see the edited film and was expecting a running time of at least 20-minutes. Because they were just starting out as a band, I’d agreed a special rate for a simple finished product that didn’t come close to the expectations of the lead singer. He lost it big time and even sent me a threatening text message. Time to hand over the camera footage for the agreed fee so I swapped a memory stick and invoice for a wad of notes outside a biker bar, looking to the shopping public of Market Deeping like a drug dealer. Time also to ask myself whether I want to do films for musicians.

My second book, You Can Be A Film-maker, was finished in April. Buy it here: https://www.amazon.co.uk/dp/B06ZZ62LRY or from any of the other popular e-book services here: http://www.beafilmmaker.co.uk/

In May I filmed a football match at the ABAX Stadium, London Road home of Peterborough United. We filmed the whole match with three cameras, plus post-match interviews and created a DVD for the players. The game is also online at:

Work on the Great Fen took over most of May and June. The first film had to be finished in July and it was for internal use at the Wildlife Trust. I got permission to recut the film to enter it in the St Neots Film Festival and this is the version that was seen at the event in November:

I did find time in June to shoot this for a new financial services client:

June’s other big film projects were the Big Rail Diversity Day, which you can see here:

and the video prospectus for Beaulieu Primary School, which is here:

I love working at Beaulieu because I get to stay at the fantastic Roundhill Campsite in the New Forest and it doesn’t feel at all like work.

After a short family holiday in July (Greece) the rest of the month was spent editing the Great Fen film and shooting and editing more vlogs for Greenwoods.

August’s traditional lull didn’t happen this year with Cross Keys Homes keeping me busy shooting the series of films that would feature at its end-of-year residents’ awards ceremony. Each summer we film previous award winners and this year we shot five films and a promo for Cross Keys Care. They are intended for showing at the event but sometimes they appear here, alongside my other work for Cross Keys Homes: https://www.youtube.com/user/CrosskeyshomesUK/videos

Construction companies helped to fill up September, including the start of a special project featuring the building of a house for an internationally acclaimed movie star. More about that in 2018, I think. I also shot two films for a neighbour who is launching her Indian cookery lesson business online:

Warm sunshine hung around long enough for a final location shoot on the Great Fen before I was able to deliver the second of their films for 2017, a promo film that was mostly made up of clips from the earlier production. I loved creating a showcase for the brilliant photographers who support the Wildlife Trust:

October brought a third set of video blogs at the law firm and a very exciting meeting with a publisher that would like to ‘white label’ my video production services to offer corporate films to its advertising clients. And in November the Made in Britain campaign said it would like to do the same.

I judged the documentary category in the St Neots Film Festival in November and was delighted to award ‘best documentary’ to my fellow Peterborough film-maker Jay Gearing for his beautifully shot interview with singer-songwriter Kerry Devine. It was a great honour to judge the category I won last year with my Great Fen Spitfire film. My 2017 entry wasn’t an award-winning film, so I was happy for it to be screened at the festival as a non-competitive film to allow me to be a judge.

Also in November I produced my first video for stills photography client Princebuild. The original edit was to be shown at a live event and had commercial music as the soundtrack, but this version uses royalty-free production music so it can be shown online:

The first of my corporate video shoots for the publisher took place in Manchester at the beginning of December and the first edit is now being reviewed by the client. I’m told there are plenty more of these to come in the new year.

The Cross Keys Homes Awards night got into gear with this fine compilation:

The first of the Made in Britain shoots is in post-production now and another shoot has been booked for mid-February in Aberdeen. I feel another winter trip to Scotland coming on!