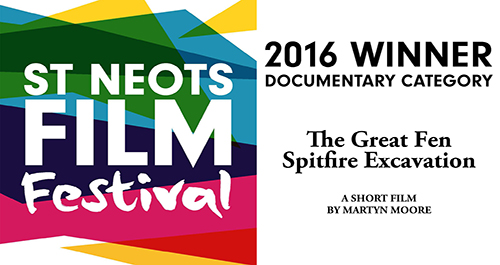 IT’S LOVELY to win awards and Martyn Moore, the film-maker behind VideoPeterborough.co.uk and NorthLight Media Ltd, has won more than his share over the years.

He has now added ‘Best Documentary’ to his list of honours after The Great Fen Spitfire Excavation won at the St Neots Film Festival.

All awards are fabulous but an award for the quality of your work is very special.

The DVD version of Martyn’s film will be available to buy in December 2016.