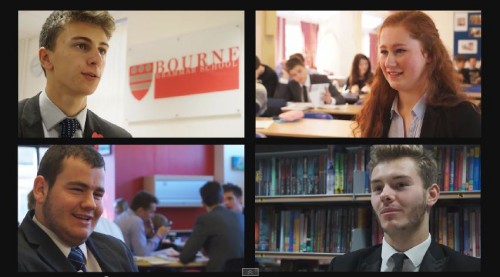 OUR films for Bourne Grammar School’s sixth form open evening have become something of an annual event. The films are shown to prospective parents and students and this year’s was produced and directed entirely by current year 13s. The students planned the shooting and running order for the film and NorthLight Media acted as their crew and post-production provider. The result was possibly the best film so far, and we’re not sure how we feel about that.